Will Lois Lerner Also Take the Fifth About Her Antagonism to Religion? 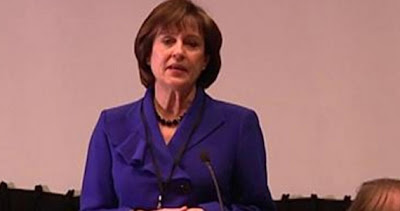 Okay, you think you understand where Lois Lerner is coming from after her taking the fifth this morning and refusing to answer questions about her role in the developing scandal of the IRS' highly partisan, patently immoral, and dangerously unconstitutional targeting of conservative groups.

Well, it looks like there's an even uglier side to Ms. Lerner's motivations. "It turns out that in her prior position at the Federal Elections Commission, Lerner was obsessed with religious organizations and their religious practices, some of which she apparently wanted to suppress."

And, believe me, you just can't miss the grilling that Oliver North was subjected to an FEC lawyer, acting under the direction of Lois Lerner. It is really amazing, infuriating stuff.