Obama's Undermining of Press Freedom: Did the Press Contribute to the Problem? 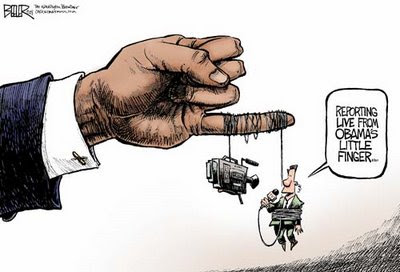 In the next few weeks, we will probably hear more stories about journalists whose correspondence was monitored, and more creepy details about the corruption of the IRS. The fault, however, is not Obama’s alone; he is what he is — a take-no-prisoners tough Chicago politician who came to power in Illinois by suing to remove opponents from the ballot and leaking the sealed divorce records of his primary and general-election senatorial opponents. Such things worked there, and they work on the national level as well.

Instead, the problem has been the press, which for a variety of reasons invested in Obama to the point that it gave up its integrity and for the last five years essentially surrendered its vital watchdog role in a free society.