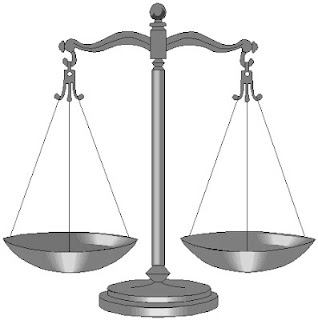 This Ian Birrell story in the Guardian ("The NHS is Killing Disabled People") is both an alarming and profoundly sad one. It's a story about arrogance, bigotry, indifference, self-satisfied ignorance, and an elitism so fervent that it embraces eugenics.

Oh yes, it's also about the inefficiency and heartlessness that is rife within national health care.

...Staff should be used to patients with complex conditions and disabilities; sadly, this is often not the case. We have experienced far worse than these minor annoyances in the 20 years since our daughter was born, including a doctor giving her an injection despite being warned it could kill her. Thankfully, she survived. But all too many people with disabilities end up being killed by the health service – the very institution supposedly dedicated to saving their lives.

The latest case is distressing and disturbing: Tina Papalabropoulos, a young woman scarcely older than my own child dying after a series of blunders by two NHS organisations – a hospital and out-of-hours GP service – in Essex. Quite rightly, her mother, Christine, is angry. "When your child becomes ill and you need professional help from doctors, you and your child are looked at and you can see their mind working, 'Is there any point in trying to save this child's life?' You can see that they think, 'This child has an existence and not a life'," she said.

The loss of this young life was a needless tragedy. But it is far from an isolated one. Each week 24 disabled people are killed by such prejudiced presumptions; indeed, there was a case at my local hospital recently. These shocking figures are based on a government-commissioned inquiry into one region of the country, which found people with disabilities 37% more likely to be killed by incompetence or inadequate care – and their lives end on average 16 years earlier than they should. The more serious the disabilities, the higher the risk.

Forgive me if I fail to join the national worship of the NHS. Mencap has been campaigning to prevent these deaths, logging at least 100 cases over the past six years. The charity blames poor communication with parents and carers as the main cause – but it has concluded that the only explanation for so many preventable deaths is prejudice. Doctors and nurses reflect views prevalent across society that people with profound disabilities are second-class citizens, their lives not worth saving. Imagine the furor if any other minority group was dying in such numbers.

There is a shameful failure to understand that every life is different yet all have the same value. This is the fumbling bigotry – and that is the only word for it – that emerges when people tell a grieving parent their son or daughter is perhaps better off dead. This is the starker bigotry that explains the rise in hate crime, the reluctance of employers to hire people with disabilities, the resurgence of eugenics.
Posted by DH at 11:49 AM