The U.S. State Department's Weak Response to the Persecuted Church 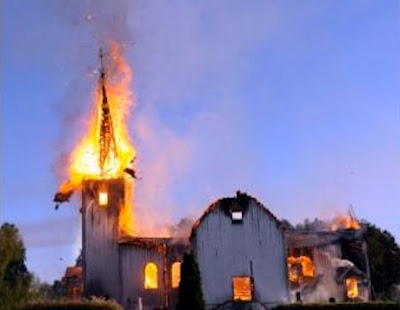 Once again, the latest State Department International Religious Freedom Report leaves much to be desired, especially relating to the desperate need of persecuted Christians around the world.

Paul Marshall, the senior fellow at Hudson Institute’s Center for Religious Freedom and the author of the highly esteemed Their Blood Cries Out, God and the Constitution: Christianity and American Politics, Islam at the Crossroads: Understanding Its Beliefs, History and Conflicts, and the co-author of Persecuted: The Global Assault on Christians, describes this tragic weakness in the report in this NRO column.

...However, there is no systematic attention to growing attacks on Christians worldwide, despite the fact the Pew Forum on Religion and Public Life, the world’s preeminent source of reliable religion statistics, finds that Christians are the most widely persecuted religious group in the world. (Pew senior researcher Brian Grim has reported that “Christians faced governmental and societal harassment in a larger share of the world’s countries than did other religious groups individually,” a total of some 133 countries.)

This persecution is mentioned in the executive summary, but in such a way as to downplay, even slight, the point. It states “while Christians were a leading target of societal discrimination, abuse, and violence in some parts of the world, members of other religions, particularly Muslims, suffered as well.”

All of this is true – I know no one who rejects it — but this wording shunts the fact that Christians are indeed “a leading target” (in fact the leading target) into an aside. Thus the issue is not highlighted, but sidestepped and ignored

This is a particular problem in at least two areas. One is Nigeria. The Jubilee Campaign has been meticulously documenting the killings of Christians and others there in the last four years, especially by the murderous terrorist group Boko Haram. Jubilee maintains that more Christians were killed in religious violence in Nigeria in 2012 than in the rest of the world combined. Ann Buwalda of Jubilee reports that almost 1,000 people were killed by Boko Haram in 2012, whereas the State Department refers only to “hundreds” of such victims, and contains many other inaccuracies.

The other major problem is reporting on the Middle East. Of course, almost everybody of any religion and none is suffering in the Middle East, but a particular burden is falling on Christians and other religious minorities — the ones that do not have their own militias, and who thus become particular targets.

Christians are being driven out of the Middle East, their ancient heartland, and the State Department is almost silent. While the U.S. used to be regarded as the country that takes religious freedom seriously, it is its former critics, the Europeans, especially the Germans, French, and Italians, who are sounding the alarm. Unfortunately, Representative Frank Wolf’s call for a special envoy for the Middle East’s religious minorities finds more resonance beyond the U.S. than it does with the current administration.
Posted by DH at 9:21 AM