Yesterday's press conference certainly didn't deflect the increasing national anger over the scandals swirling around the White House.  Mr. Obama was his typical self: evasive, parsing, blaming, aloof, dispassionate. He had no answers. He took no decisive action.

And that elitist, most unmanly image of the President requiring a Marine to hold an umbrella over him (while the Marine in his dress uniform is rained upon) will long burn in the minds of many Americans.

Barack Obama did not serve his country well yesterday. He didn't even serve his own cause well. 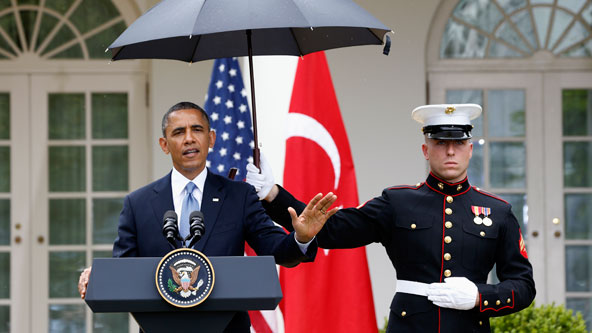