Ignorance Is "In" at the White House 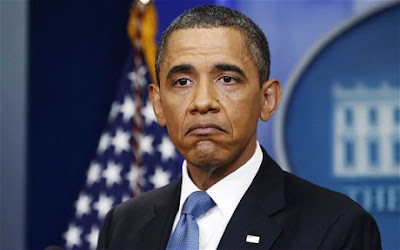 Speaking at Ohio State University earlier this month, Barack Obama urged students to pay no attention to those paranoid types who “incessantly warn of government as nothing more than some separate, sinister entity.”

Oddly enough, in recent days the most compelling testimony for this view of government has come from the president himself, who insists with a straight face that he had no idea that the Internal Revenue Service had spent two years targeting his political enemies until he “learned about it from the same news reports that I think most people learned about this.”

Like you, all he knows is what he reads in the papers.

Which is odd, because his Justice Department is bugging those same papers, so you’d think he’d at least get a bit of a heads-up.

Mark Steyn is at his best when the opposition gives him something to work with…and, boy oh boy, has Team Obama done that in recent days!

No kidding, don't miss reading the rest of Steyn's weekend column for National Review.
Posted by DH at 11:26 AM