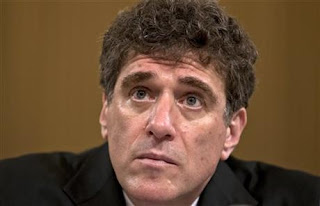 There's an awful lot of lies pouring out of Washington nowadays as Team Obama scrambles to spin its way out of scandals involving the IRS targeting of conservative groups, Benghazi and its coverup, the DOJ grabbing AP phone records, and more. It's hard to keep track of them.

But I thought I'd pass along an interesting one caught by Mike Flynn over at Breitbart.

In House testimony Friday, former Acting IRS Commissioner Steven Miller explained that the IRS mistakes in handling applications for non-profit status from tea party groups were due, in large part, to a flood of applications following the Citizens United decision. Miller said the targeting was a botched attempt to centralize the process to account for the increased workload. However, there were fewer applications in 2010, when the IRS began targeting conservative groups, than the year before.