Will the Real "Climate Deniers" Please Stand Up? 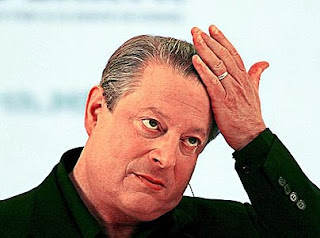 There are few things sadder than the “climate denier.” He ignores the data and neglects the latest science. His rhetoric and policy proposals are dangerously disconnected from reality. He can’t recalibrate to take account of the latest evidence because, well, he’s a denier.

The new climate deniers are the liberals who, despite their obsession with climate change, have managed to miss the biggest story in climate science, which is that there hasn’t been any global warming for about a decade and a half.

“Over the past 15 years air temperatures at the Earth’s surface have been flat while greenhouse-gas emissions have continued to soar,” The Economist writes. “The world added roughly 100 billion tons of carbon to the atmosphere between 2000 and 2010. That is about a quarter of all the CO2 put there by humanity since 1750.” Yet, no more warming.

The Economist has been decidedly alarmist on global warming through the years, so it deserves credit for pausing to consider why the warming trend it expected to continue has mysteriously stalled out…