Is Barack Obama, the World's Greatest Man, Even Good? 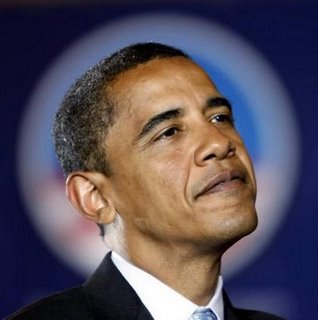 Enough April Fool’s Day nonsense. Obama is a joke, and we are its sorry butt. The joke isn’t funny.

While millions of Americans celebrated Easter and Passover, Obama took time out of his “busy” day to celebrate Barack Obama.

Chris Matthews called Obama “the perfect man,” but at some point some serious questions must be asked of the man who the media still thinks created God in Obama’s image.

Barack Obama is a failure as a President. And as a human being? Good people do good deeds. They help people. They care about whether people live or die. They take responsibility for their failures and spread around credit for their successes. None of that describes Obama. His failure extends beyond politics, reflecting a deeper taint on his character.

Barack Obama has been treated as a symbol of race and of hope, turned into a totem of liberal America. But he is not a race, he is not the personification of hope, he is not a holy talisman.

His promise of hope and change is an illusion, the dream is a lie. He is a hopeless case of failed liberal status quo.

For four years Obama has bullied anybody who dared question him or disagree with him. Now it is time for ordinary Americans to finally treat him the way he treats them. Obama is unworthy of veneration; he is worthy only of contempt.

Now if only the April fools in the media would do their jobs and demand that he do his. The emperor has no clothes, the symbol is a joke...

Eric Golub, writing this piece for the Washington Times, certainly calls things the way they are. And that's refreshing, isn't it? Here's the whole essay.
Posted by DH at 8:58 AM