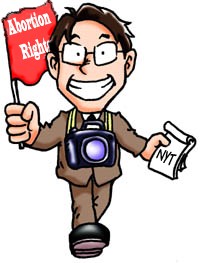 In 2011, the journalist Mara Hvistendahl published Unnatural Selection: Choosing Boys Over Girls, and the Consequences of a World Full of Men, detailing the societal effects of sex-selective abortions that target women the world over and resulted in the absence of perhaps more than 100 million girls who by now should have been born. But Hvistendahl soon learned the downside to uncovering what many believe to be a shocking trend in human rights offenses: people will want to do something about it. And so she lashed out, declaring that “anti-abortion activists have been at work in a disingenuous game, using the stark reduction of women in the developing world” to argue for pro-life policies that could save those women.

Hvistendahl’s plaint recalled the incredible work of Edwin Black, most notably his book War Against the Weak, which detailed the role American eugenics played in the monstrous ethnic cleansing in Europe in the 20th century culminating in the Holocaust. One of the most important personalities in this terrible saga was the eugenicist Margaret Sanger, who founded Planned Parenthood. Yet like Hvistendahl, Black was concerned about the implications of what he had uncovered. In the introduction, he writes: “Opponents of a woman’s right to choose could easily seize upon Margaret Sanger’s eugenic rhetoric to discredit the admirable work of Planned Parenthood today; I oppose such misuse.”

But what Black and Hvistendahl betray in their defensiveness is an awareness that an ideology that supports unlimited (or practically unlimited) abortion has consequences, and those consequences are exacerbated immensely by the fact that the supposedly “progressive” practitioners of such an ideology resort to the denial of human life where it obviously exists. To dehumanize is to invite a world of trouble…

You may not have heard much about Kermit Gosnell’s case. That’s because the mainstream press has chosen by and large to ignore it. There is no area of American politics in which the press is more activist or biased or unethical than social issues, the so-called culture wars. And the culture of permissive abortion they favor has consequences, which they would rather not look squarely at, thank you very much…

The above comments (excellent ones, at that) come from Seth Mandel in his latest column for Commentary, "Why They Won’t Talk About Kermit Gosnell." Also, Mandel's article cites another very illuminating one about the outrageous media blackout of the Gosnell trial written by Kirsten Powers.

UPDATE: See also "Why Kermit Gosnell hasn’t been on Page One" by Melinda Henneberger.
Posted by DH at 8:40 AM