The Loathsome Lows of "Higher" Education 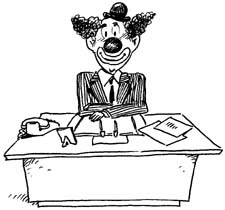 * "Following in the footsteps of other Ivy League schools, including Harvard and Brown, Yale University is considering adding gender reassignment surgery to the Yale student health care plan."

* "Central Michigan University (CMU) will host a 'Condom Casino' on Wednesday night, in which students can gamble to win condoms in games such as '5 Card Foreplay Poker' and 'STD Bingo.'"

* "The University of Chicago (UC) actively performs abortions on its campus."

* "The University of North Carolina-Chapel Hill (UNC) will install ten condom dispensers around campus and wants students to help create a slogan to promote their use."

* "In a statement released Thursday, the University of Wisconsin – Superior stood by its sponsorship of a controversial messaging campaign aimed at teaching students it is 'unfair' to be white."

More information on all of these recent stories (and a lot more!) can be found at CampusReform.org, a site designed by young, hip and delightfully conservative activists to provide others with the resources, networking capabilities, and skills they need to revolutionize the struggle against leftist bias and abuse on college campuses.

It's a very beneficial service they're providing and the site is relevant, up-to-date, and very well constructed. Give it a bookmark so you can check in periodically to see just how America's youth is being indoctrinated...and how your tax dollars are being misused.
Posted by DH at 6:19 AM