Debating the Economy: The Status Quo is the Extremist Position 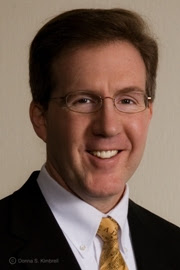 Chip Maxwell, former Douglas County Commissioner and Nebraska State Senator, had a party the other night in which he outlined the basic themes of his nifty little book, Fix It Now: Rediscover the Constitution & Get America Out of Its Fiscal Death Spiral. The book is an enlightening economic primer -- succinct, well-written, and of extreme relevance to those who desire less political propaganda and more honesty be brought to this critical topic.

I've encouraged you to buy Chip's books before -- both Fix It Now and his excellent review of the stem cell experimentation controversy, Plain Talk on Stem Cell Research. He brings to both matters a clear sense of history, moral conviction, and common sense which you'll find rare…and most refreshing.

I post below a brief video clip from Monday's event which (I hope) will encourage those of you who haven't yet purchased Chip's book to do so. It's a ten spot well spent.