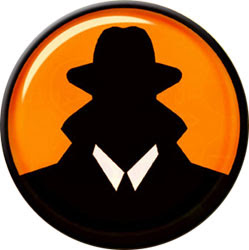 In those rare cases when Republicans are able to overcome such evils as vote fraud and  the overwhelming unfairness of the liberal media and be elected to political office -- as was the case with North Carolina Governor Pat McCrory and others -- what strategy do Democrats suggest to regain power?

* “Eviscerate the leadership and weaken their ability to govern.”

* “Private investigators and investigative reporting, especially in the executive branch.”

* “Pressure McCrory at every public event.”

* “Slam him when he contradicts his promises.”

* A "staff of video trackers that follow targets" every move.

The above statements were taken directly from a document written by Blueprint North Carolina, a partnership of progressive advocacy and policy groups based in Raleigh, and then distributed to the various groups -- and, it seems, to such Democrat politicians as House Minority Leader Larry Hall.

Blueprint North Carolina is a 501(c)(3) nonprofit organization. It boasts on its website that it is “strictly prohibited from participating or intervening in any political campaign on behalf of or in opposition to any candidate for public office…All Blueprint activities will be strictly non-partisan…Blueprint activities will not be coordinated with any candidate, political party or other partisan entity.”

The non-partisan pose is in stark contradiction to the nasty, vindictive and clearly one-sided perspective that the memo takes. No wonder then that Blueprint North Carolina posted this message right before it: “It is CONFIDENTIAL to Blueprint, so please be careful – share with your boards and appropriate staff but not the whole world.”