If Progressive Politics Is "All About the Kids," Why Are the Kids in Such Dire Trouble? 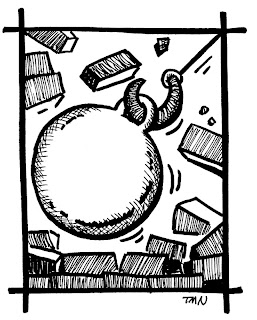 And did I already say, wow?

In Philadelphia, about half of all students in ninth grade will graduate from high school. The dropout rate is especially high among black and Hispanic boys. President Obama’s answer to this problem is typical of the left: compulsion. Make dropping out illegal. In other words, force boys who are learning nothing to remain where they are learning nothing, to help make sure that nobody else learns anything, either. If they drop out anyway, turn them into criminals to be rounded up.

All this would cost a great deal of money, which Philadelphia does not have. And even if you could compel the boy, seething with resentment and contempt, to occupy a desk in a dreary schoolroom, you cannot compel him to learn...

Why the animus against the Boy Scouts? Because Copernicus was wrong. The world does not revolve around the sun. The world revolves around the predilections of upper- and middle-class feminists and their satellites.

But the Philadelphia city council does not care about such things, because, when called upon to choose between their sexual antinomianism and the welfare of boys—many of whom only a group like the Boy Scouts can save from gangs—they will choose their preferred form of lawlessness every time, without regard for the common good...
Posted by DH at 10:46 AM