Just How Monstrous Is the Abortion Industry? 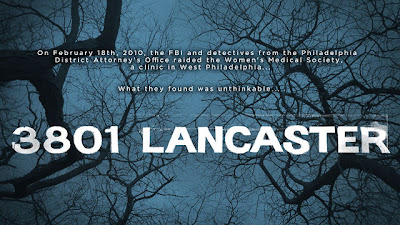 “Snipping” Spinal Cords: This is the Naked Evil of Abortion  -- This is the column which author and the new voice of BreakPoint, Eric Metaxas, uses to express the horror and outrage that the whole Church (and, for tat matter, any person of good will) should feel at the injustice and gross cruelty of the abortion industry. And he uses the column too to highlight the new documentary "3801 Lancaster." He urges readers to see it and pass it along. I do too.

...Yes, Dr. Gosnell specialized in late-term abortions, but that’s a rather antiseptic description compared with the grisly reality. Walls and beds were stained with blood. Jars were filled with what are gingerly called “fetal remains”—arms, legs, you get the idea. It gets worse, and I hate to be so graphic.

But Gosnell specialized in what he called “snipping”—which occurred when the baby Gosnell was trying to kill was nonetheless born alive. When that happened, the abortionist would “snip” the spine with a pair of scissors. Again, that sounds pretty clinical and straightforward, but the reality—again, that word—is far different.

“Snipping” a spine is not like “snipping” a piece of paper. It takes time and hard work. And it’s obviously painful to the baby. Gosnell is now in jail and awaiting trial for seven such “snippings,” although one of his “colleagues” may have performed up to a hundred of them.

Gosnell is also being charged with third-degree murder in connection with the death of a 41-year-old patient. One newspaper reported that “this was not a back-alley operation.” Gosnell and company, according to one Pennsylvania state senator, were allowed to “butcher babies, butcher women, and nobody did a [darn] thing about it.”

How, you might well ask, did authorities allow this carnage to go on for so many years? According to the grand jury report, the Pennsylvania state department of health, in order to remove “barriers” to abortion, had stopped inspecting abortion clinics. And no one cared anyway, because most of the women were poor and members of minority groups...
Posted by DH at 11:02 AM