Hillary Clinton's Arrogant Performance...and Why It Should Scare You to Your Socks 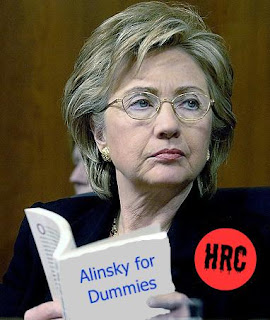 "The terrifying mindset of Secretary Clinton" -- Joseph Curl writing in the Washington Times:

Her words are already long gone from the daily flow; in fact, they never really resonated at all, were all but ignored by the mainstream media, and were characterized more as a feisty in-your-face comeback than what they truly were.

And what they truly were was horrifying — but at the same time a deep insight into the Democratic mindset, as well as a peek at what may be coming in 2016…

But Mrs. Clinton made clear at the hearing that she didn’t have to answer to anyone — certainly not elected lawmakers, let alone the American people. “What difference does it make?!” she bellowed. Now, this hearing was in fact a hearing intended to find out why the administration said the attack came after an impromptu protest over a video. Senators made clear in the days preceded the hearing that they planned to ask just that, get the answer to that most pressing unanswered question.

“You know, to be clear,” the secretary explained, as if to children, “it is, from my perspective, less important today, looking backwards, as to why these militants decided they did it [sic], than to find them and bring them to justice.”

So, from her perspective, there doesn’t need to be any investigation into why the administration said what it said. It’s like a child breaking a lamp, lying about it to his parents, and then saying, “Look, we could go on and on about who said what about breaking the lamp, but fixing the lamp now is really all that’s important — let’s move on.”

And that is terrifying. The secretary of state said simply, “The ends justify the means.” The Obama administration had lied about what happened in Benghazi to help secure a second term for the president, buried the murder of Americans in a private investigation, then, when finally questioned, said, “What difference does it make!?” what we said way back then.

The tactic is, of course, how Democrats operate. They feel that what they are doing is morally superior; thus,  however they can achieve their goals is above question or reproach. In fact, in this case, they can lie about it — bald-faced — and then dismiss lawmakers’ questions with an indignant huff.

It is, as we know, exactly how the Clintons operate. Bill Clinton lied for weeks and months over his sexual dalliance with an intern only a few years older than his daughter — even under oath — and Democrats decried the probe as a witch hunt. Remember when Mrs. Clinton made $100,000 through spurious cattle futures contracts? Of course not: By the time it all came around, the Clintons said, “Oh, that old stuff?” Or the time the Clintons announced they had suddenly found papers demanded by investigators for years? And don’t even ask about Vincent W. Foster Jr.

This is what’s coming in 2016. A politician running for president who need not answer questions from anyone.

And that truly is horrifying.
Posted by DH at 9:42 AM