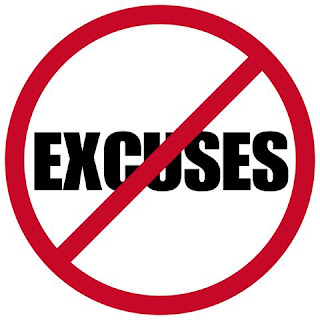 Here's just a few dispatches from the culture wars. (And please note, I use the term "culture wars" in a hopeful sense; that is, I HOPE someone is daring to fight back against the forces of decadence and tyranny.)

* Chicago murders top Afghanistan death toll -- This is the city whose strict gun control laws Barack Obama thinks should be the model for every city in the country.

* George Will: Obama "Lives In Parallel Universe Where A Dollar Spent On A Can Also Be Spent On B."

* Obama Appointee: There’s Too Much Freedom, Censor the Press

President Obama recently nominated John Brennan for the office of Director of the CIA but is he the right man for the job? One might worry that “no” is the answer to that as we’ve since found out that in the 1980s Brennan thought Americans could have “too much freedom” and suggested that the press should be censored. He also felt the citizenry’s rights should not be considered sacrosanct.

So, a man that thinks freedom should be restricted because there’s too much of it has just been named to America’s premiere secret policing agency, one that is supposed to interact with the rest of the world? How can anyone think this is a good idea?... (Read more of Warner Todd Huston's column at Liberty News right here.)

* Democrat Senator's sex scandal unreported by the press for more than a week finally gets some coverage...when the FBI raids the office of his buddy!

*  Colorado Democrats yesterday killed a bill that would add the state to the list of more than 25 states that provide justice and protection for pregnant women and unborn children.

* Boys Scouts Ready to Cave In to Homosexual Pressure

Facing diverse and ceaseless protests, the Boy Scouts of America is signaling its readiness to end the nationwide exclusion of gays as scouts or leaders and give the sponsors of local troops the freedom to decide the matter for themselves.


If approved by the Scouts' national executive board, possibly as soon as next week, the change would be another momentous milestone for America's gay-rights movement, following a surge of support for same-sex marriage and the ending of the ban on gays serving opening in military...

The Chevron case is an inexplicable mess of nested fraud schemes and bribery, the sort of thing that would be an international scandal if the victim were any entity other than a multinational oil company. Chevron simply is not a sympathetic defendant. Never mind the rule of law — the Chevron-Ecuador fiasco is a case study in the rule of P.R.

But the United States government still has a Department of State and a Department of Commerce, both of which ought to be keenly interested in the fact that corrupt representatives of a foreign power are trying to shake down the shareholders of a U.S.-based firm for tens of billions of dollars. The major shareholders of Chevron are not monocle-wearing plutocrats, but regular-guy mutual-fund investors and retired schoolteachers from San Bernardino. Surely this government has a responsible to protect them from theft?

The Obama administration is of course nowhere to be seen in this. We can dole out billions to vaporous “green energy” companies but we do nothing when somebody is trying to plunder billions of dollars from an oil company...

* Now They Tell Us: Obama's Tax Promises Were Bogus

Remember all those mainstream news reports before the election about how President Obama's expansive spending plans would require massive tax hikes on everyone, not just millionaires and billionaires? Neither do we. But somehow after the election, reporters are finally admitting that Obama's budget numbers simply don't add up and that new taxes on the middle class — including a European-style value added tax — are "inevitable."…