Let's Thank Senator Johanns for Standing Up for American Freedom 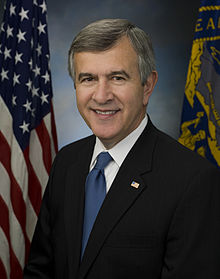 One of the pet principles of post-modern progressives in media, government and academia is that the enlightened globalists of the United Nations could do a far better job of governing America than...well, the American people. That's why these folks are up in arms against Mike Johanns and other Republican Senators who voted last week to block the United Nations Convention on the Rights of Persons with Disabilities.

Don't be misled by the slogans and slurs being tossed out by the Washington Post. For this treaty was not about helping disabled people at all. Rather, it was a callous attempt to use a worthy cause as camouflage for yet another encroachment on national sovereignty.

And, make no mistake, those latter values have proven over and again to yield more effective care for the weak and needy than anything the globalists can deliver.

That is why Joni and Friends, one of the most exemplary disability rights groups in the world, was among the many conservative organizations and the hundreds of thousands of American citizens who stood strongly against the UN Convention.

Disabilities group Joni and Friends, the organization started by quadriplegic Joni Eareckson Tada, came out against the treaty in mid-November and sparked a petition signed by 9,000 parents of children with disabilities. Joni and Friends said the treaty would help promote the dignity of disabled persons, but the group “holds deep concerns regarding CRPD language on parental rights and the rights of unborn with disabilities.”

...Joni and Friends and other opposition groups are also concerned about the treaty’s infringement upon U.S. sovereignty, which would include “unwelcome global regulations,” according to constitutional lawyer and Eagle Forum founder Phyllis Schlafly. “We don’t need a treaty that sets up UN busybodies to assure benefits and protections for persons with disabilities,” she wrote on the Eagle Forum website. “We already treat individuals, able or disabled, rich or poor, better than any other nation.”

Schlafly said feminists hope to expand abortion with the treaty since it guarantees rights in the area of “sexual and reproductive health and population-based health programmes.” The Vatican refused to sign the treaty on the grounds that it would be used to promote abortion. More than 115 countries had already signed the treaty when it passed out of the Senate Foreign Relations Committee in July...

Michael Farris, founder of the HSLDA and an international law expert, said opposition to the bill doesn’t have anything to do with taking care of the disabled: “We oppose the CRPD for the simple principle that Americans should make the law for America.”

Senator Johanns and the others who defended American freedom by voting against this sadly-misnamed United Nations Convention on the Rights of Persons with Disabilities need to hear solid thanks from conservatives. And so I suggest you send letters, zip e-mails, or make calls which do just that.

You can use this HSLDA contact page to communicate to Senator Johanns. Or just contact him through this general info.
Posted by DH at 11:28 AM