Hey, Santa Passed My Letter On To the Politicians 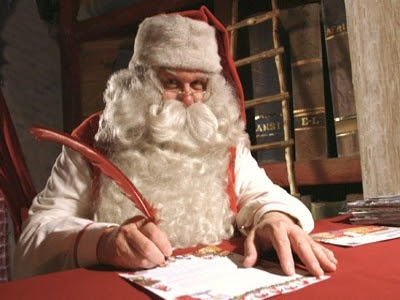 I pass along two documents for you to peruse on this, the fourth day of Christmas. One is a copy of a letter I sent to Santa. The second is the note that Santa then attached to copies of my letter he sent on to several political leaders.

And then I print below the note Santa attached to mine before sending it along to Senators Fischer and Johanns, Congressmen Terry, Fortenberry and Smith, and a few others.

I’m redirecting this letter to you as it is more in line with your responsibilities than mine.  However, I pass it along with two personal notations.

First, I can vouch for the character of the letter’s author – at least to the extent that ever since his conversion to Christianity way back in 1970, he’s maintained a place on my “Nice” list.

And second, I personally (and wholeheartedly) agree with his requests.  Indeed, I especially urge you to act diligently upon his second wish.  As someone with a solid history as a friend of children, I consider Planned Parenthood one of the greatest menaces in modern history.  So anything and everything you do to de-fund this business would be dearly appreciated up here too.

*** Please note, in the envelope of our latest mailing to our Senators and Congressmen were these two "letters." We hope the format serves to better catch their eye and to emphasize how seriously we take their efforts (or lack thereof) on these critical matters. I'll let you know if there is any response.