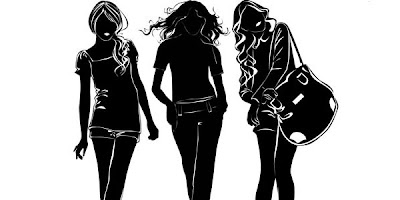 Have you heard about the holiday gift some people think American girls should be getting this year? “Emergency contraception.”

...During Thanksgiving week the American Academy of Pediatrics announced its recommendation that “morning after” prescriptions be issued to adolescent girls as a matter of course, allowing them the false security of what has long been described by advocates as a “fire extinguisher” in their purse to counter at least some of the consequences of risky behavior.

“There’s no good reason” why there should not be follow-through on the recommendation, the San Francisco Chronicle asserts. No good reason? Good and plenty, as it happens.

This approach, besides being deeply insulting to the human dignity of adolescents, exposes the reality that when we talk about sex these days, we all too often put good health and good sense aside, despite the rhetoric about “women’s health.”…

“Taking Plan B in the hopes that no one will find out will lead to girls’ suffering and struggling on their own, long past the time when medical care is indicated,” says Anna Halpine, founder of the World Youth Alliance and CEO of the FEMM (Fertility Education and Medical Management) Foundation. “You need a prescription for Plan B because it includes high levels of hormones that can lad to serious side effects, particularly in certain populations. Girls on Plan B also need to know that if something goes wrong, their parents and medical providers need to be there to support them, and if necessary to intervene with care.”

In some New York City public schools, though, an experimental program has already declared girls’ independence from their parents: It dispenses emergency contraception without parental consent. This, despite the biological dangers of introducing hormones into a teenage girl’s body. This, even though a minor cannot give informed consent — a concern that the faux freedom advocates seem to sidestep all too casually.

“Further, counseling regarding sexual activity needs to be provided, and this should not be taken lightly,” Halpine insists. “Girls are 50 percent more likely to contract infections and sexually transmitted diseases than boys because of immature and underdeveloped cervixes, and they and their parents need to have this information.”

“Girls often need support in order to avoid coercive early sexual activity, and the support of parents and medical providers is critical to enabling them to make healthy decisions,” Halpine observes. “Girls want to be loved, not just used, and being affirmed in their pursuit of education and long-term dreams is a necessary part of the empowerment of any girl. Happiness is not an illusion; there are concrete things that can be done to achieve it, and explaining that to our girls is our responsibility and obligation. As the hookup culture grows ever more pervasive, it is matched by rising rates of female depression. We need to take these indicators of our young women’s development seriously, and make sure that we provide them with clear messages that help them fulfill their potential and achieve their dreams.”

Step away from the policy statement and take a look around. What Halpine says should be common sense. Acting on it should be a prerequisite for anyone who claims to be an advocate for women and girls…

Read the rest of "Care for a Plan B?: A few steps short of the end of innocence" by Kathryn Jean Lopez over at National Review.
Posted by DH at 5:31 AM