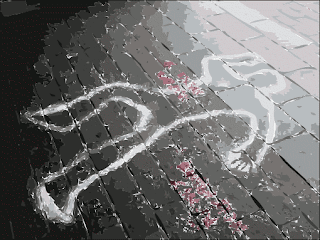 Government costs more and more and more. And the reach it extends into our pockets, our privacy, and our personal freedoms is greater and greater.

Yet the most basic responsibilities of government -- national security and protection of the citizenry -- are being desperately neglected.

The city attorney of San Bernardino is under scrutiny for telling residents to “lock their doors and load their guns” during a city council meeting. The official explained that because the city is bankrupt and slashing public safety budgets people will need to start protecting themselves.

City Attorney Jim Penman said he doesn’t regret what he said. “You should say what you mean and mean what you say,” Penman said…

Penman said the city is dealing with bankruptcy, which has forced officials to cut its police force by about 80 officers. Consequently, there’s been growing criticism about the police department’s response time.

“Let’s be honest, we don’t have enough police officers. We have too many criminals living in this city. We have had 45 murders this year…that’s far too high for a city of this size,” Penman said.

The city attorney said it’s important for people to be smart about protecting themselves and their family. “I’m not advocating that people go out, who don’t have any training, and buy firearms. I certainly strongly caution anyone who has children at home not to have a loaded gun in the house,” Penman said.

The city of San Bernardino has seen a 50 percent increase in murders this year compared to 2011.
Posted by DH at 2:28 PM