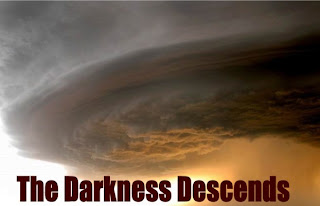 The failure of the grand experiment which was the American republic cannot be blamed entirely on Barack Obama.  The post-Christian movement which has increasingly exerted its influence in popular culture, academia, the press, and government over the last century or so has had many other key players.  Nevertheless, the re-election of this remarkably arrogant socialist (remarkable because his arrogance is based on so little merit) may well go down in history as the beginning of the end – the November event which ushered in America’s “bleak winter.”  The lighted city on the hill prophesied by John Winthrop, saved by Abraham Lincoln and cherished (though perhaps even then in its twilight glow) by Ronald Reagan is about to go dark.

The election serves as a barometer, a revelation of the current condition of the country by which we can reasonably forecast future events.  And so I begin by suggesting that November 6th blew away the antiquated, wishful thinking held by most conservative pundits that the majority of citizens in the United States were center-right in their political disposition and basically decent, patriotic and intelligent.  They are not.  They are instead a people who have embraced the allure of socialism and the redistribution of wealth despite the abounding (and alarming) evidence of history that such a system is bound to fail.  They are a people to whom economics is a boring abstraction, a problem willingly left to the politicians who make the biggest material promises.  Free college tuition.  Free medical care.  Free food.  Free birth control.  Free insurance.  Free phones.  Free dough.

But who pays for these things?  Half of the Americans who voted last week have no idea.  And they don’t care.  They obviously trust Barack Obama and the Democrats to requisition the money from what they believe are the bottomless pockets of the despised rich.  Fairness and economic facts be damned.  Just give us our stuff.

These post-Christian Americans do not believe in Jesus.  But they do believe in Santa Claus.  However, the Santa Claus of their imagination doesn’t simply provide a toy or two for morally deserving kids.  No, the socialist Santa Claus they believe in doesn’t make anything.    He redistributes.  Before he comes down the chimney to leave stuff under your holiday tree, he’s gone down Donald Trump’s chimney and filled his bag with Trump’s stuff.  And the socialist Santa doesn’t limit his generosity to toys – he hands out everything you’ll need from cradle to grave.  Oh yes; that list of good little boys and girls?  Forget it.  The socialist Santa is a post-Christian elf who has dispensed with those old-fashioned moral qualifications.  He gives to everyone in equal shares – except those “more equal” shares he gives to government workers, union members, students, and undocumented immigrants.  Happy Kwanzaa, folks.

It must also be emphasized that the election results revealed more than a foolish trust in an ever-expanding welfare state.  Our electorate’s post-Christian ideas of morality also became clear.  Examples?  Referenda protecting marriage were defeated.  A woman who had been exposed as an unrepentant liar about her legal career and ancestry was nevertheless elected to the U.S. Senate in Massachusetts.  An “open lesbian” was elected to the U.S. Senate in Wisconsin.  A felon who was holed up in a mental institution the day of the election was voted back into the Congress for Illinois.  Marijuana for “recreational use” was legalized in two states, for “medicinal use” in another.  Furthermore, several men and women of sterling character, experience, skill and dedication were denied political office principally because they voiced their pro-life, pro-family, and patriotic convictions.

Tuesday night showed us not only how bloated a behemoth the entitlement-oriented Nanny State has become (a monster far bigger than anything FDR or even LBJ dared to envision), it also revealed just how far the decades of revisionist history, self-indulgence, pop culture decadence, government freebies, judicial incompetence, and aggressive secularism have brought us...

Read the rest of "Entering the Bleak Winter," Denny's post-election essay here at the Vital Signs Ministries website.
Posted by DH at 9:22 AM