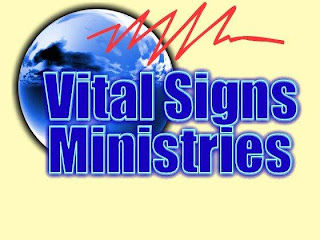 The November LifeSharer letter (Vital Signs Ministries' monthly missive) is out and up -- out in the mails as of Tuesday afternoon and up onto the Vital Signs website right here. The letter was sent out in tandem with a more detailed evaluation of the election, an essay entitled "Entering the Bleak Winter." That essay is also posted on the Vital Signs page.

Below I print a teaser from the LifeSharer letter itself:

The morning after the election Claire and I were in front of Planned Parenthood, praying and sidewalk counseling.  And though it is always frustrating and sad to engage in this ministry, it did seem appropriate on several levels.  First of all, it’s what we’ve done for almost 30 years – taking the truths and mercies of God right to the doors of the death chambers.  No matter who was in the White House or the mayor’s office, we’ve done our best to give voice to God’s unequivocal declaration of the sanctity of human life – in print, in conferences, on the radio, in starting the CPC, in cyberspace, in nursing homes, in audiences large and small all over the world and, yes, at the abortion mills.

It’s never been easy – even when the government powers recognized our rights of free speech.  But, as some of you remember, that hasn’t always been the case.  We had to endure hassles from police and prosecutors (as well as several arrests and court cases) before a successful lawsuit finally brought a recognition of our rights to peacefully, prayerfully gather on a sidewalk.

Will a second Obama term undo these religious liberties?  There’s no doubt the President will try his hardest to make that happen.  But that’s what made our presence at the Planned Parenthood the day after the election particularly appropriate.  It signaled our dedication to our high calling no matter how low the culture goes.  The Lord doesn’t tell us to serve Him only when it’s easy and popular.  We serve Him because it is right to do so…because He is worthy of our best and bravest service…and because He rewards His faithful servants in ways that are more bountiful than we can ever imagine...

The rest of the November LifeSharer letter is right here.
Posted by DH at 9:59 AM