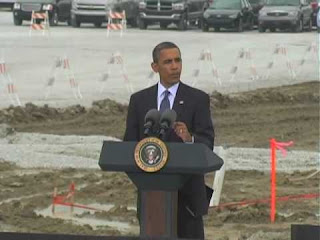 Playing cards and board games, reading magazines, watching movies. That's what  Barack Obama calls "industries of the future." And he's using your tax dollars (via the federal government's infamous "stimulus" appropriations) to pay people to do these things instead of what he promised they would be doing; namely, making batteries.

Here's the story (including an infuriating video clip from a local TV station, Lord bless 'em) telling about LG Chem, a $300 million lithium-ion battery plant that has been 1) heavily funded by taxpayers, 2) has been and still is paying people to play Monopoly, and 3) which has yet to ship out a single battery!

Democrat policies are really something, aren't they?
Posted by DH at 12:52 PM