"Brain Death" Scam: Did Organ Harvesters Have a Quota? 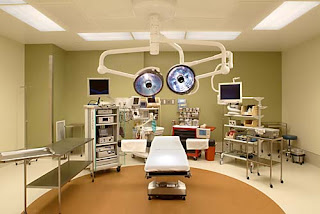 Sadly, given the numerous criteria used for determining "brain death" (all of which are unscientific and all of which seek to re-define death so as to make way for easier access to a person's organs), this story not at all surprising.

The New York Organ Donor Network pressured hospital staffers to declare patients brain dead so their body parts could be harvested — and even hired “coaches” to train staffers how to be more persuasive, a bombshell lawsuit charged yesterday.

The federally funded nonprofit used a “quota” system, and leaned heavily on the next of kin to sign consent forms when patients were not registered as organ donors, the suit charged.

“They’re playing God,” said plaintiff Patrick McMahon, 50, an Air Force combat veteran and nurse practitioner who claims he was fired as a transplant coordinator after just four months for protesting the practice.

And here's a report on the problems of "brain death" written by a friend of ours from way back, Dr. Paul Byrne: "Help! Organs Taken from Living People."
Posted by DH at 10:51 AM