The Republicans Have the Definite Edge on Moral Issues...So Why Not Act Like It? 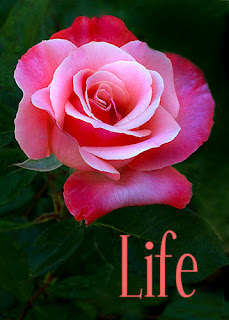 John McCormack, a staff writer at The Weekly Standard, has a brilliant article here which asks why on earth the Republicans are not exploiting the huge political advantage they have in being pro-life? Instead of being on the defensive on Todd Akin's rape comments, they could be pointing out that the real radicals in the election regarding issues most relevant to women, children, violence, morality and justice are Democrats.

I suggest you read the article and make it the basis for your next communication with Republican candidates.

And, of course, there is nothing stopping YOU from talking about the huge differences between the candidates to your friends, family, co-workers, etc.

...A Quinnipiac poll asked voters in December 2009: “Do you support or oppose using public funds to pay for abortions under a health care reform bill?” Seventy-two percent of voters opposed public funding of abortion and 23 percent supported it. The November election will determine whether abortion-funding under Obama-care​—​the issue that nearly took down the bill in an overwhelmingly Democratic Congress​—​actually takes effect.

Obama’s support of a legal regime that permits late-term abortion-on-demand is also deeply unpopular. According to the most recent Gallup poll, 86 percent of Americans think third-trimester abortions should be illegal. Obama’s with the 14 percent.

So extreme is Obama’s commitment to abortion-on-demand that as an Illinois state senator he opposed measures to protect infants who had been born alive during botched late-term abortions. The president is so dedicated to “women’s rights” that this summer he opposed a ban on gender-selective abortions​—​the abortion of girls because they are girls. During a speech to students at Sichuan University in 2011, Vice President Joe Biden condoned China’s brutal one-child policy, which includes forced abortions. “Your policy has been one which I fully understand—I’m not second-guessing—of one child per family,” Biden said, before arguing that the policy was making the country demographically unstable. The Obama administration has sent U.S. tax dollars to support “family planning” initiatives in China and elsewhere.

The press would much rather focus on the issue of banning abortion in the case of rape​—​an issue on which three-quarters of the electorate is pro-choice​—​than on any of the abortion questions that would hurt the president. But there’s a big difference between banning abortion in the case of rape, a policy Romney does not support and that has no chance of becoming U.S. law, and permitting late-term and taxpayer-funded abortions​—​existing laws that President Obama actively supports.

The Romney campaign’s silence on abortion stands in contrast to successful Republican presidential campaigns of the past. Although the Iraq war and the economy were front-and-center in  2004, John Kerry ran TV ads warning that another Bush term would lead to the end of Roe v. Wade, and the Bush campaign hit Kerry with ads about the Massachusetts senator’s support for partial-birth abortion. According to the exit poll, 22 percent of voters in 2004 cited “moral values” as their most important issue, and these voters broke 80 percent to 18 percent in Bush’s favor. Those voters haven’t disappeared in eight short years...

But don’t expect many voters to find out about Obama’s out-of-the mainstream views if Republicans and the Romney campaign don’t talk about them.
Posted by DH at 10:19 AM