Ethanol -- It's Not Accomplishing What You Think 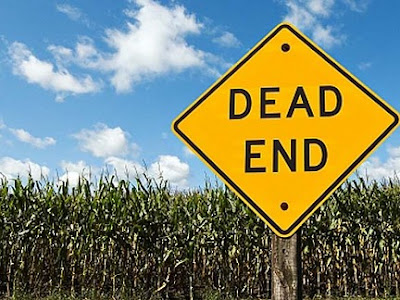 In previous Vital Signs Blog posts, I've alerted you to some excellent, fact-based articles dealing with the ill-conceived and grievously damaging government program which is ethanol production. They include: "Biofuels vs Food" from February 2011; "Let's Stop the Ethanol Scam" from December 2010; and "Al Gore Flips on Ethanol; Admits He's a Political Phony" from November 2010.

Well, Vince over at Flopping Aces has another excellent column on the subject and, to encourage you to go over and read the whole thing, here's a few excerpts.

...Since the Carter administration the government has been diverting your dollars to put ethanol into your gas tank. Initially it was intended to be a tool to help the United States become energy independent, it then morphed into a tool to help increase gas mileage and later it became a critical element in fighting global warming. Now it doesn’t even do any of those dubious, but theoretically positive, things. It’s simply become another failed government wealth transfer program...

The worst part of the entire ethanol fiasco is the fact that not only does it not achieve any of its stated – and oft changing – objectives; it actually causes a wide array of unintended consequences – none of which are good. Number one is the fact that it drives up the cost of one of the most important foodstuffs in the world, corn, the price for which is up almost 300% over the last decade. That in turn drives up the price of virtually every other thing in the economy, from food to transportation to plastics. Then there’s the fact that ethanol damages engines and that the patchwork of ethanol standards across the country causes unnecessary price spikes and shortages. If all of that weren’t enough, ethanol has even scared off much of – but not all – of the anti-capitalist environmental lobby because – among other things – it drives deforestation on a wide scale around the world.

Finally, and most heartbreakingly, the ethanol mandates have driven the prices of American crops to near record levels, resulting in greater hunger in developing nations. One way they do this is to encourage farmers to switch to more profitable corn, which results in less wheat, oats, etc. to meet demand. This in turn results in less food making it into the stomachs of poor children around the world. In a nutshell, the mandates make everything in our economy more expensive, do little to alleviate our energy conundrum, actually harm the environment and make dollars donated to feed the hungry not go as far. That seems like a policy that screams to be abolished...
Posted by DH at 9:00 AM