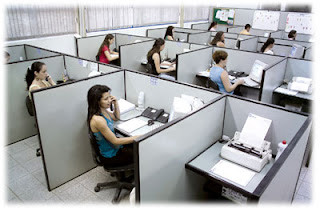 Claire just yelled down to inform me that we don't make enough money for a time-share condo in Branson.

This news (hardly surprising, I must admit) came from a telemarketing clerk who called awhile ago. It was a brief conversation because Claire had to stop her on one of the first points of her pitch; namely, that an income of only $50,000 was required to buy into this terrific opportunity.

"But we don't make that much," Claire explained.

"Not even in combined household income?" The caller was incredulous, suspecting that this was just a dodge to get off the phone. And, sure enough, by the time Claire finally managed to close the conversation, Claire could tell that the girl was pretty ticked off.

It's an interesting phenomena and one that's not without a little comic irony. For although telemarketing can certainly be an honorable profession, it is one that generally pays a person something around minimum wage. And that means, the telemarketer can't afford a Branson condo either. Or, for that matter, from any of the other things they try to sell you.

So, why on earth should the telemarketer be so quick to disbelieve you when you tell them you can't afford the same things that they can't afford? And I'm not even bringing in the arrogance, disdain, and rudeness one so often receives from these guys. I mean, for crying out loud, don't they ever think of how they feel when a telemarketer calls them at home?

Again, don't get me wrong. I commend telemarketers (and even door to door salesmen) for getting in the job force and doing the best they can to provide for themselves and their families. I wish them well in their profession even though I wish some of them would show a bit more understanding and grace towards the people they call on.

And, while I'm expressing wishes, let me pass this one along too.

I wish that there will be (very soon) a change in the White House so that the American economy can begin a much-needed recovery. And yes, among other important improvements, that would mean that more Americans could actually afford a few of those things the telemarketers are pitching.
Posted by DH at 12:48 PM