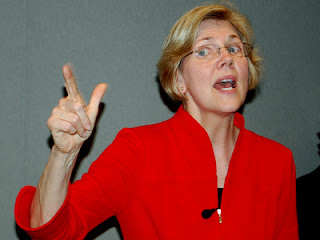 Here's a story that's sure to delight Elizabeth Warren for it tells of a victory over insensitive, intolerant government forces by another fake Indian.

This one happens to live across the pond in Wales. He's a father of six who, as much as is possible for a guy in Swansea, lives as an Apache, including dressing up in a headdress made of eagle wings, badger paws, snake heads, and whatever other curious animal parts he can find from road kill.

The fellow calls himself Mangas Coloradas after a famous native American warrior of the American Southwest even though he has no more a legitimate claim to be Apache than...well, than Elizabeth Warren has to being a Cherokee.

Anyhow, it seems the 60-year old Apache-wannabe got in a bit of trouble for wearing (and, gulp, consuming) "protected wild animal parts." But some enlightened soul in the Crown Prosecution Service felt sorry for M.C. Jr. and persuaded them to drop the case.

Interesting though were his remarks after hearing of his good fortune because they sounded uncannily like something you might hear from Democrat Elizabeth Warren as she stumps for votes in her Massachusetts Senate race: "I dress like this all the time. I'm not just some weekend Indian...They just don't understand my native way of life. I'd never kill or hurt an animal. But as a native, when I find a dead animal I will eat it or use its body parts."

At any rate, congratulations are in order for Mr. Mangas Coloradas of Swansea County, Wales. However, those invited to his victory party may want to exercise restraint when it comes to the buffet table. Road kill hors d'oeuvres are definitely an acquired taste.
Posted by DH at 12:07 PM