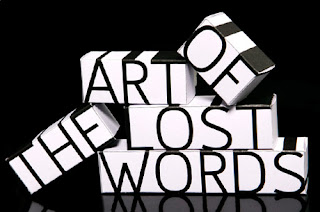 I recently caught an interesting piece on Dictionary.com that listed a few of the most interesting and distinctly American words. As an entry into the weekend, I thought you might enjoy it too. Here they are:

Sockdolager -- [sok-dol-uh-jer] -- "A decisive blow or remark." It's the product of an American fad to mix and match Latin roots and slang to create new, often silly, words. Partly derived from sock, to punch, and possibly from doxology, the end of a church service.

Catawampus -- [kat-uh-wom-puh s] -- "Confused or diagonal." (My Dad used it of the latter and prounounced it catee wampus) It seems to have its origin in the South or Midwest in the 1840s. Think of the phrase kitty-cornered and you'll see a shared origin between kitty- and cata-. The source of wumpus, on the other hand, may just be a funny-sounding mystery.

Hornswoggle -- [hawrn-swog-uh l] -- Means "to trick or hoax." It would be a deception for us to say we know the exact origin of hornswoggle, but its first known appearance in 1829 was in the U.S.

Foofaraw -- [foo-fuh-raw] -- Either "a great fuss about something insignificant" or "an excessive amount of decoration." The term comes from the American West and is a mutation of the Spanish fanfaron, meaning "show-off."

Discombobulate -- [dis-kuh m-bob-yuh-leyt] -- One of the most common words on this list, discombobulate sounds like something from a cartoon. It was first recorded as "discombobracate," then "discomboobulate." They all mean exactly what they sound like: "to confuse or upset."