The President May Lie…But the Numbers Don't 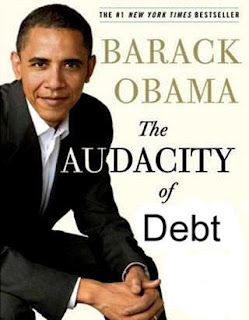 * Real median household income is down $4300 since Obama took office.

* The country has had the longest streak of +8% unemployment since the Depression under Obama: 39 months and counting.

* U.S. home ownership is at a decade long low. So is the number of Americans who say their home is worth more than they paid for it. Home prices are the lowest they've been since 2002.

* America lost its AAA credit rating (which it had held since 1917) on Obama's watch despite the fact that Timothy Geithner publicly said there was "no risk" of that happening.

* Barack Obama added more to the debt in just 38 months than George Bush did in two full terms as President.

Want a few more? Then zip over and read through John Hawkins' eye-opening (and blood-boiling) Town Hall article, "15 Facts That Even Obama's Biggest Supporters Should Be Able To Admit Are True."
Posted by DH at 11:15 AM