Mark Steyn on Obama, Warren and the Trendiness of Racial Politics 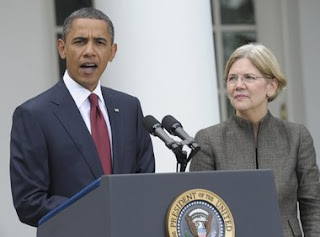 Mark Steyn is a treasure, one of the brightest, boldest and best-writing cultural observers on the planet. The latest from his syndicated column is but the latest example of why you should have his website on your bookmark list.

...It turns out that the earliest recorded example of Birtherism is from the president's own literary agent, way back in 1991, in the official bio of her exciting new author:

"Barack Obama, the first African-American president of the Harvard Law Review, was born in Kenya and raised in Indonesia and Hawaii."...

After all, if your first book is an exploration of racial identity and has the working title "Journeys In Black And White," being born in Hawaii doesn't really help. It's entirely irrelevant to the twin pillars of contemporary black grievance – American slavery and European imperialism. To 99.99 percent of people, Hawaii is a luxury vacation destination and nothing else.

Whereas Kenya puts you at the heart of what, in an otherwise notably orderly decolonization process by the British, was a bitter and violent struggle against the white man's rule. Cool! The composite chicks dig it, and the literary agents.

And where's the harm in it? Everybody does it – at least in the circles in which Obama hangs. At Harvard Law School, where young Barack was "the first African-American president of The Harvard Law Review," there's no end of famous firsts: As The Fordham Law Review reported, "Harvard Law School hired its first woman of color, Elizabeth Warren, in 1995." There is no evidence that Mrs. Warren, now the Democrats' Senate candidate, is anything other than 100 percent white. She walks like a white, quacks like a white, looks whiter than white. She's the whitest white since Frosty the Snowman fell in a vat of Wite-Out. But she "self-identified" as Cherokee, so that makes her a "woman of color." Why, back in 1984 she submitted some of her favorite dishes to the "Pow Wow Chow" cookbook, a "compilation of recipes passed down through the Five Tribes families."

The recipes from "Elizabeth Warren – Cherokee" include a crab dish with tomato mayonnaise. Mrs. Warren's fictional Cherokee ancestors in Oklahoma were renowned for their ability to spear the fast-moving Oklahoma crab. It's in the state song: "Ooooooklahoma! Where the crabs come sweepin' down the plain." But then the white man came, and now the Oklahoma crab is extinct, and at the Cherokee clambakes they have to make do with Mrs. Warren's traditional Five Tribes recipe for Cherokee Lime Pie….
Posted by DH at 10:33 AM