Out of Injustice, A New Church Grows 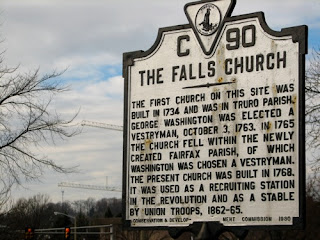 Cherie Harder, the President of the Trinity Forum, writes about an agonizing injustice engineered by a cabal of liberal churchmen (who proved themselves anything but liberal when it came to other people's stuff) and secular judges. It's a maddening example of how a church-state union is politically-correct after all...as long as that partnership works against orthodox Christianity.

But Cherie's letter is ultimately hopeful too. For she describes a church of remarkable resiliency and spirit and conviction. And in that, there is a model for us all.

While the court ruling still seems unreal, the language is stark and its execution imminent. In short order, the deed to the sanctuary will be signed over to the Episcopal diocese, and the church property and most of the financial assets – from computers to communion silver, and including tithes given by parishioners earmarked for non-diocese ministries – will be transferred to their ownership. After this Sunday, the congregation will meet in various school gymnasiums – a few weeks at a middle school, followed by a month at a high school – as the schools are able to accommodate, and until a more permanent home can be found.

In such times, it is natural, even predictable, for tempers to grow short, fingers to be pointed, support to dwindle, and staff to polish up their resumes. And so, it seems that something quite unnatural, even supernatural, is afoot: our soon-to-be-homeless church continues to grow (and give), an opinionated congregation has developed remarkable unity and mutual support, and in the midst of loss, there is a palpable anticipation of and excitement for where God may lead.

This is not to say that the legal battles waged have not been draining, distracting, and demoralizing. Years ago, our Rector, John Yates, spent almost a year negotiating a separation protocol with the then-Bishop of the Episcopal Diocese of Virginia – only to see the national Episcopal leadership step in and tell the Episcopal Diocese to walk away from the negotiating table and sue the churches. The lawsuits that ensued have taken years and cost millions. The personal cost to much of our church leadership has been significant and ongoing. Our vestry spends many evenings and weekends away from their families at the church in prayer and deliberation. The way forward has often been opaque. And the loss – of property, ministry, and relationships – has been heart-rending.

Yet in the midst of loss, there have been grace notes. An out of state antiques dealer showed up at the church unexpectedly to donate a full array of communion silver. Several nearby churches from various denominations – Catholic, Baptist, and Presbyterian – have offered the congregation space for the youth and outreach ministries of The Falls Church.

It has also been a lesson, at least to this parishioner, in faithful leadership. If leadership lessons are best transmitted through example, our congregation has been schooled by a Rector and vestry that have met confusion with prayer, opposition with courage, attacks with humility, setbacks with grace, and uncertainty with faith. There is an undeniable intensification of the fervency of prayer and worship, reflecting a keenly felt need for divine guidance, wisdom, and charity. The events of the last few years have demonstrated that leaders do not always get to choose the terrain on which a battle is fought, may not have a clear view of all options before having to decide, and the outcome may not be what they hoped. But ultimately, we are not called to success, but to faithfulness, and to engage the challenges before us not perfectly, but prayerfully, humbly, wisely and well.

Cherie Harder
President, The Trinity Forum
Posted by DH at 11:18 AM