A Feminist's Most Dangerous Enemy? A Housewife. 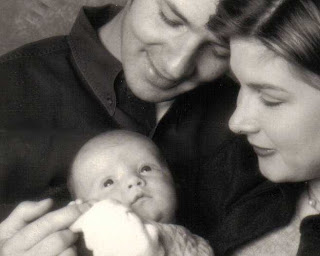 Mariette Ulrich has a clever and hopeful essay here at Mercator about how dangerous to the feminist ideology are productive stay-at-home moms. Here are a few teasers.

* If the disparagement of motherhood (especially the full-time variety) is a socio-political creed, then feminism is its prophet and the Democratic party, despite its avowals to the contrary, its church-home base.

* Heritage Foundation’s Jennifer Marshal believes that Mrs Clinton’s remark was consistent with comments made by feminist matriarch Betty Friedan in her 1963 book The Feminine Mystique: "I am convinced there is something about the housewife state itself that is dangerous," wrote Friedan, describing the homemaker as consigned to "a comfortable concentration camp”. Who knew that wiping noses, driving kids to soccer, dusting the furniture, and catching up on the school day over a plate of freshly baked brownies constituted living dangerously?

* Bruni remembers how his own mother was vexed by the feminist notion that full-time motherhood somehow meant "turning your back" on your college education: ‘“I haven’t turned my back on my education,” she continued, adding that she used it daily “to make my home the center of learning it should be.” And there, perhaps, we hit on the chief danger posed by traditional motherhood: if moms and dads are influencing their children, there is less chance they’ll succumb to the Dem-fem worldview…
Posted by DH at 10:05 AM