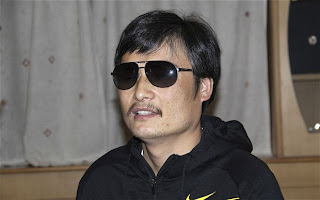 As events unfold in the gripping saga of Chen Guangcheng’s desperate bid to flee Chinese oppressors, trolls for the Chinese government have posted comments on websites that, unwittingly, remind us why he is persecuted: Chen dared to expose the brutal reality of China’s population control program.

This ought to unnerve groups like UNFPA, the U.N. population agency, and International Planned Parenthood Federation (IPPF).  Both helped implement China’s one-child policy.

Yet they appear unfazed.  Their top priority right now is pressuring countries to adopt population policies at Rio+20, a U.N. global summit in Brazil in June.  They intend to get world leaders to deal with “population dynamics” and achieve “sustainable development” by agreeing to reduce the number of human beings through reproductive services like abortion.

Chen’s case is a timely warning of what this can mean.

Chen’s transgression was insisting that national officials hold local officials accountable.  For that, he’s been jailed, beaten, and imprisoned in his home.  His family members are under house arrest.

Read the rest of Wendy Wright's important article here at LifeNews.com.
Posted by DH at 10:27 AM