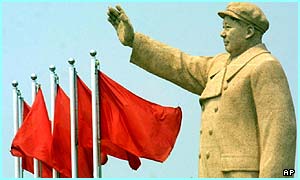 As blind legal activist Chen Guangcheng settles into life as a student in New York following a daring escape from home confinement and a six-day stay in the U.S. Embassy in Beijing, a highly scrutinized legal battle over the fate of his nephew is heating up.

In the most recent development, Liu Fang, the wife of Mr. Chen’s nephew, Chen Kegui, has written a letter to local authorities demanding that her husband be allowed to meet with the lawyers she has commissioned to represent him.

The letter comes a few days after Mr. Chen’s brother, Chen Gaungfu, escaped guards in the family’s home village near Linyi in Shandong province to consult with lawyers in Beijing about his son’s case.

Chen Kegui faces a charge of attempted murder for slashing local officials with a kitchen knife after the officials burst into the home of his father a few days after Chen Guangcheng escaped. Lawyers and family members argue Chen Kegui was acting in self-defense and say the attempted murder charge is wildly excessive...

The illegal harassment of Chen Guangcheng and the reign of Bo Xilai in Chongqing each in their own way signal the fundamental weakness of Chinese law and the extent to which it serves as a tool to maintain the Party’s control of Chinese society.

Chen, the blind self-educated “barefoot lawyer,” was a victim convicted in a sham trial, imprisoned for over 4 years, and subsequently illegally held under house arrest for two years and brutally beaten by security forces before he escaped.

By contrast, Bo, the “princeling” son of a revolutionary, was the perpetrator of brutality. After becoming Communist Party boss of the world’s largest municipality, he launched an organized crime crackdown described by the New York Times as “a security apparatus run amok: framing victims, extracting confessions through torture, extorting business empires and visiting retribution on the political rivals of Mr. Bo.”

In each case, the question is whether formal legal measures will eventually be used to punish alleged violations of law...

(Stanley Lubman, "Two Big Stories, One Conclusion: China Has No ‘Legal System’")
Posted by DH at 10:55 AM