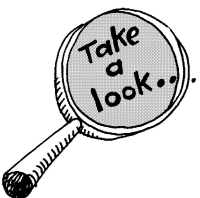 The line-up of conservative columnists over at Town Hall is a very good one. Yes, there are clunkers in the mix. But you'll find in Town Hall such gems as David Limbaugh, Cal Thomas,  Mona Charen, Jonah Goldberg, Michelle Malkin, Oliver North, John Hawkins, Brent Bozell, Victor Davis Hanson, Chuck Norris, Rebecca Hagelin, and many more.

I heartily suggest signing up for the daily e-mail which will give you easy links to each daily column. And encourage your friends to do the same.

For examples, I offer just three of the articles I found particularly valuable this morning.

...Traditional marriage proponents believe what they do because God—not pollsters-- decided the meaning of marriage. And the God of yesterday, today, and tomorrow really doesn’t care what a GOP strategist thinks is the most popular stance. So it’s a faulty premise to suggest that it’s only a matter of time before all segments of society re-think their opposition to homosexual ‘marriage.’ Believers stand on principle: Marriage is the union of one man and one woman who become one flesh through their sexual complementarity and, by their love, create new human beings. Homosexual relationships- even when lengthy, warm, and steadfast - are simply not the same.

The real question is whether the GOP has the courage to stand on principle as well. Or whether, like President Obama, GOP “principle” will reveal itself as the weathervane of political expediency, turning with the wind in the direction of dollars, donors, and demagoguery.

* "Overreach by Unions in Wisconsin" by Linda Chavez

...It's still possible for the Democrats and unions to pull off a victory if they are more successful at voter turnout than the Republicans. Unions are more than willing to bend the rules when it comes to spending union dues to get out non-union voters. The state can expect a huge influx of out-of-state union staff to work on getting out the vote -- they're already there in big numbers.

And it's likely that the Democrats will revert to some old tried-and-true tactics to get unlikely voters to the polls. In 2000, some Democratic operatives handed out cigarettes to homeless people for voting. This year, both sides have been accused of offering people food in return for voting early in the recall election. And so-called "walking around money" -- actual cash surreptitiously passed to voters, which is illegal -- is a problem with a long history in politics...

* "The Unraveling Myth of Watergate" by Pat Buchanan

...According to Himmelman, not only did Bernstein try to breach the grand jury, he succeeded. One juror, a woman identified as "Z," had collaborated. Notes of Bernstein's interviews with Z were found in Bradlee's files. Writes Himmelman: "Carl and Bob, with Ben's explicit permission, lured a grand juror over the line of illegality ..."

This means that either Woodward, Bernstein and Bradlee lied to Williams about breaching the grand jury, or the legendary lawyer lied to Sirica, or Sirica was told the truth but let it go, as all were engaged in the same noble cause -- bringing down Nixon.

Who was that grand juror? Woodward, Bernstein and Bradlee know, but none is talking and no one is asking. The cover-up continues.

Had one of Nixon's men, with his approval, breached the secrecy of the Watergate grand jury, and lied abut it, that aide would have gone to prison and that would have been an article of impeachment. Conduct that sent Nixon men to the penitentiary got the Post's men a stern admonition. Welcome to Washington, circa 1972.

With the 40th anniversary of the break-in coming up this June, Himmelman's book, well-written and revelatory of the temper of that time, will receive a wider reading. As will Max Holland's "Leak: Why Mark Felt Became Deep Throat," out this spring and the definitive book on why J. Edgar Hoover's deputy betrayed his bureau and sought to destroy the honorable man who ran it, L. Patrick Gray.

With Bernstein's primary source spilling grand jury secrets, and Mark Felt leaking details of the FBI investigation to Woodward, both of the primary sources on which the Washington Post's Pulitzer depended were engaged in criminal misconduct.

At Kay Graham's Post, the end justified the means.
Posted by DH at 10:33 AM