Team Obama's Outrageous Behavior Gets Nothing But Worse 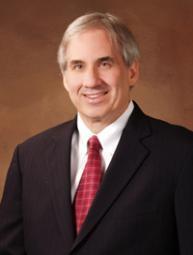 Every day, we get a new kick in the gut from the Obama administration. Most recently, Environmental Protection Agency Region 6 Administrator Al Armendariz was caught on video articulating his view of the agency's role in enforcing its regulations.

Armendariz said: "It was kind of like how the Romans used to, you know, conquer villages in the Mediterranean. They'd go into a little Turkish town somewhere; they'd find the first five guys they saw, and they'd crucify them. Then, you know, that town was really easy to manage for the next few years. ... It's a deterrent factor."

This man should be fired -- yesterday. White House press secretary Jay Carney risibly says Armendariz wasn't articulating the attitude of the administration. Sadly, that's precisely what he was articulating.

Indeed, we've seen this attitude by the administration in countless examples, from Obama's handling of the Obamacare legislation and restructuring of the GM loans to the administration's New Black Panther voter intimidation case to Solyndra to Fast and Furious to -- oh, never mind; I have to keep this to less than 20,000 words.

None of this should surprise us. Obama is the quintessential liberal, and his administration's recurring abuses are simply the logical extension of liberal hubris born of a self-righteous certainty of the superiority of leftist ideas. This inevitably leads to dictatorial usurpations and lawlessness from the liberal ruling class.

Read on, friend. For David Limbaugh is in his usual fine form in this important column, "Obama Administration's Repeated Abuses Are Extension of Extreme Liberalism."

Pass it along. We cannot afford to let Team Obama's crimes, continually papered over by the liberal press, go without proper notice. And that means it's up to you and me to highlight the news and commentary sources that tell the truth.
Posted by DH at 10:17 AM