On Diving Into Life 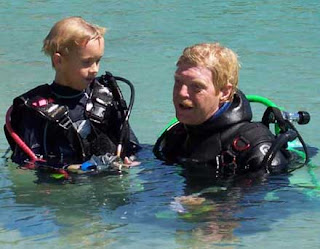 A few days ago Taylor Gage alerted me to a New York Times piece about musician/entrepreneur Jack White.  I didn't know anything about the guy and, to be honest, I'm not really interested to know much more. After all, except for Abba and Rick Astley, I don't listen to pop music recorded after 1969 or so. (Smile.)

I don't know Taylor's opinions about the fellow but I really appreciated the quotation from the article to which he drew my special attention. It was this:

“This generation is so dead. You ask a kid, ‘What are you doing this Saturday?’ and they’ll be playing video games or watching cable, instead of building model cars or airplanes or doing something creative. Kids today never say, ‘Man, I’m really into remote-controlled steamboats.’ They never say that.”

Spot on, Mr. White. That's a sadly telling observation about current youth culture. But indeed, it's generally true of the youth culture of the last several decades. Television, videos, video games, computers, and now "social media" and the ubiquitous cell phones have turned America into a nation of watchers, not doers. We don't twiddle our thumbs anymore. Instead, we use them to push buttons and joysticks. But with the same time-wasting results.

It was the kids of the 1960s who first became "couch potatoes" but, in time, they sprouted and produced generations of the same. A bit more mobile and technological perhaps, but still generally unengaged with the real world of people, events and moral responsibilities.

It's probably been 15 years since I first realized the depth of this problem. It occurred at a Christmas party we were hosting for friends. At one point in the evening I went in to make another pot of coffee and Jason followed me in. He was the college-age son of the fellow who was then serving as our pastor (a guy I had known as a dear friend ever since my entry into Nebraska in 1970).

Jason started in. "You know, Denny, I have listened to you and my Dad all my life. I've heard you tell the most interesting stories about your lives -- what you've done, what you've learned, where you've been, even the failures and mistakes you've made. You guys have been so involved in...well, in just living. It's really neat and it makes me love hanging out with you. But what's pretty sad is that it's not like that at all for me and my friends. When we get together, the closest version we have of what you and Dad do is to share scenes from movies or compare scores on video games. We just don't have any stories of our own to tell. All we have is other people's stories. And they're just made up!"

I was kinda' stunned because he sounded so sad and wistful. "We just don't have any stories of our own to tell." Or as Jack White put it, "This generation is so dead." The meaning is, of course, the same. There's no real life in merely being a spectator. Real life requires participation. Adventure. Risk. Work. Patience and humility enough to learn through direct experience.

But it is real life that pays all the rewards.

So, amen to Jack White's correctives. And amen to young men (and women) who were not content to go the way of their peers and take root on their couches, but rather to dive in and live life to its fullest. I'm pleased too to know that among those adventurers are young men like Taylor and yes, Jason, whose life experiences in these last 15 years have made for stories every bit as entertaining and instructive as any that I or his Dad ever came up with.

Life. It's the most precious thing and so well deserving of our best efforts to defend it, promote it, celebrate it and experience it to its most glorious heights.
Posted by DH at 12:22 PM