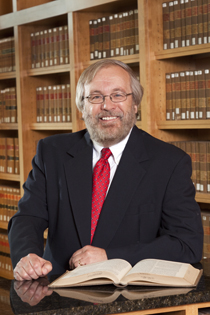 Rick Duncan is a much-respected professor at the University of Nebraska College of Law whose expertise is the U.S. Constitution. He is also a dedicated champion of the family, religious freedom, Christian education and the sanctity of life.

He's a very good guy to have as a friend.

And one of the reasons why is that he produces such high quality arguments as the piece he recently had published dealing with federalism, liberty and the proposed Repeal Amendment being talked about by a lot of conservatives nowadays.

The Repeal Amendment would allow an important (and perhaps the only) check on what seems to be the ever-expanding control by the federal government of your money and property, your religious freedoms, and your pursuit of happiness.  This idea is to put in place a Repeal Amendment to the Constitution which would allow any federal law or regulation to be repealed by a vote of the legislatures of two-thirds of the states.

Could ObamaCare survive if a Repeal Amendment were in place? Of course not. That alone should cause you to wonder if this isn't a pretty good idea. But read Rick's article for more. It is scholarly but still clear, very relevant and persuasive. You can download the PDF file of Rick's article, "The Tea Party Constitution" right here.
Posted by DH at 8:34 AM