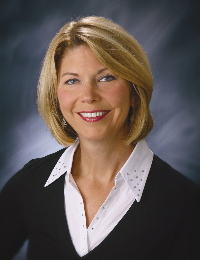 Omaha City Councilwoman Jean Stothert shared on her Facebook page just a sample of what the city is in for after the Council passed last week's proposal to grant special protection to homosexuals, lesbians, bisexuals, transgendered, those who don't bother with gender identification, etc.

Wrote Stothert, "I have been contacted by members of the LGBTQ community stating [that the] new OPD Chief should be chosen from the LGBTQ community [because] there are many 'within OPD that would be qualified for this position.' Otherwise it would demonstrate 'Omaha's bigotry.'"

Expect a lot more of this kind of foolishness in the future. But remember it is foolishness now backed by law.

And what of the priest, preacher or rabbi who speaks out against what the Bible clearly and repeatedly presents as sexual perversions? What kinds of legal action will now be aimed at him? Indeed, where are the protections for conscience rights of the citizenry? Where is the protection for religious freedom, rights of association, property and speech?

Sigh. I'm afraid that a tyranny of the minority (and a brazenly immoral minority at that) is fast headed our way. And for opening that Pandora's box, the citizens of Omaha have the City Council members who capriciously voted for this proposal to thank: Pete Festersen, Ben Gray, Chris Jerram, and Garry Gernandt -- Democrats every one.
Posted by DH at 7:40 AM