Media Elite Ignoring The "Other" Women 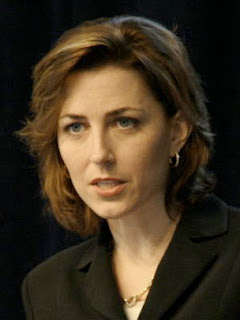 In honor of Women's History Month, I'd like to make a request of America's political and media elites on behalf of America's women: Stop lumping us together.

To be more specific: Stop telling us "what women want" in the next president, which political stands are sure-fire winners (or losers) of "the women's vote" and what constitutes "the women's view" in debates over everything from the morality of abortion to the limits of government and the best path to national prosperity...

That's Colleen Carroll Campbell's introduction to a lively essay that the St. Louis Post-Dispatch was good enough to publish as an op/ed column. It's a good one too, exploring the media's refusal to disclose the views of conservative women who, the truth be told, generally represent the true majority of American women on a variety of cultural, economic and political issues.

...When the Komen skirmish erupted last month, mainstream media reports focused almost exclusively on women outraged by Komen's decision to distance itself from Planned Parenthood, the nation's largest abortion provider. Few told the rest of the story: that scores of other women rejoiced at Komen's initial decision, after years of refusing to support the foundation precisely because of its Planned Parenthood ties.

That same lopsided coverage has characterized the ongoing debate between Obama and the leaders of religious institutions that object to his contraception mandate. According to a Gallup poll released last week, 49 percent of men back the religious leaders in that dispute and 44 percent back Obama. The split among women is almost identical: 47 percent back Obama's critics and 46 percent back Obama.

But don't tell that to mainstream media elites who incessantly parrot the Obama administration's talking points, by casting religious freedom concerns as a distraction and the mandate's opponents as foot soldiers in a "war on women's health." The facts that women are as divided as men on the mandate and that some of Obama's most outspoken critics are women only get in the way of the story they want to tell about curmudgeonly Catholic bishops and Neanderthal Republicans strong-arming the sensitive Democratic president who battles on behalf of womankind...

Want more? Read the whole column right here.
Posted by DH at 9:14 AM