Keeping Things in the Right Perspective 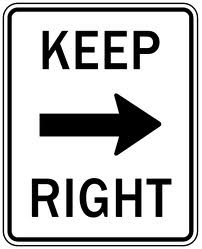 I have heard that some of the Christians who addressed the Omaha City Council the other night (testifying against the proposal to grant special protection on the basis of sexual orientation, gender expression and gender identification) didn't do a very good job.

I'm hardly surprised. Too often Christians forsake wisdom, balance, relevance and organization when they deal with controversial matters. Therefore, their arguments are lightweight and ineffective, fueled more by emotion, frustration and a false understanding of what is the "Spirit's leading" rather than by a more thorough and confident statement of the case.

No, not all of the Christian spokespersons the other night bumbled and stumbled through their testimony. But enough did that a couple of my friends have loudly bemoaned their performance as ugly and counter-productive. Maybe so. I wasn't there. However, I urge my friends not to overreact in this matter.

Can we seek to persuade our fellow Christians and other conservative-minded friends to get a better grip on their arguments before firing? Of course. Should we help them think clearly, speak carefully and to the point, remain calm and courteous in debate? Certainly. And should we try and convince them that you can't blame the Holy Spirit for sloppy presentations? Yes.

For instance, references to Romans Chapter 1 are certainly relevant to this discussion. Yet not every person testifying needs to read the passage to the City Council. Especially when doing so prevents several other parts of the argument to go under-emphasized -- things like the inevitability of lawsuits the city of Omaha will face if this proposal passes and the serious damages it will inflict on the general citizenry.

If this proposal becomes law, a business owner could be sued for refusing to hire a cross-dresser. A religious radio station could be sued for not hiring a homosexual. A Christian college could be sued for requiring biblical standards of sexual morality from its students. A landlord could be sued because she chose not to let her apartment to a lesbian threesome. A self-employed photographer or caterer or florist could be sued if they decide not to service a same-sex union ceremony. A priest, preacher or rabbi could be sued for speaking out against what the Bible clearly and repeatedly presents as sexual perversions.

Exaggerations? No. These things (and more) have already been the result of the passage of such ordinances in other places.

The opposition to the City Council proposal should have highlighted these things as well as a reiteration of Scripture's teaching of the immorality of sexual misuse.

With all of this said, though, I'm a bit concerned that some Christians are overreacting to the sloppy presentations from their peers the other night. A couple have gone so far as to express admiration for the other side, explaining how they effectively produced sympathy from the audience in telling of their experiences.

But where is the sympathy for all of those who will be forced to surrender their Christian convictions (moral standards that have heretofore been the foundation for Western civilization) if the homosexuals get their way?

For those who were bothered more by the poor arguments presented by some of the Christians the other night than they were bothered about what was presented by those insisting this proposal be passed, I feel compelled to remind you of a few key items.

1) Homosexual activity is a extremely sinister sexual perversion, one that denounces the norms of Western civilization, the natural order of creation and the law of God.

2) Homosexual activity is a choice. There is no "gay gene." People are not physiologically determined to "be" homosexual. And to continue in that lifestyle; indeed, to zealously champion it in the public square shows clearly a deliberate rebellion against God.

3) To sell the modern homosexual agenda, the LGBT activists constantly present themselves as victims in order to play on the sympathies of the general public and to mislead people into believing that any form of discrimination aimed at them is akin to discrimination against race or ethnicity. It is not. Homosexuality is behavioral; it is all about activity -- sexual activity that is extremely dangerous, that is detrimental to both the individual participant and the general culture and, I must repeat, an activity that is called by God an abomination. Persons who campaign for its acceptance (let alone its privileged protection which will result in the severe erosion of the rights of the vast majority) are not to be respected or even felt sorry for. They are to be opposed -- peacefully, compassionately and wisely. But opposed.

As I wrote earlier this week, letters and calls to City Council members making these basic points are still very much in order. Please do so. Do the right thing...in the right way.
Posted by DH at 10:01 AM