Iran Admits: Pastor Youcef's "Crime" Is Being a Christian 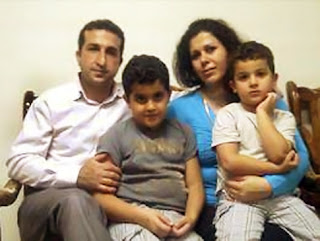 Remarkably, Iran responded to the [international] calls for Pastor Youcef’s release and, for the first time, admitted to the international community that Pastor Youcef’s case concerned his religious beliefs and actions. Despite its admission, Iran continued to deny the concrete evidence that the only charged levied against Pastor Youcef was apostasy.

Instead, in asserting that the Special Rapporteur’s report was biased and unprofessional, the Iranian representative stated that Pastor Youcef’s case involved three allegations, none of which match previous false allegations made by the regime: 1) he was inviting the junior school students without consent of the school or parents to his home to preach to them; 2) he converted the underground of his house to a church, and he did not get permission from Iran to do so; and 3) in preaching Christianity, he was offending Islam. Interestingly, the Iranian representative claimed that Christianity and Judaism are preached freely in Iran, but that Pastor Youcef was offending Islam in so doing.

The Special Rapporteur once again reiterated in his closing remarks that Pastor Youcef had been convicted on an apostasy charge in Iran. He also stated that although Pastor Youcef’s lawyers feared Iran may use another charge to justify executing him, the legal documents – which I provided to him last week (the original Iranian supreme court verdict in Farsi and translated into English, Portuguese, and Russian) – only state apostasy as the charge for which he is to be executed.

This is an important step forward as international pressure continues to build...

To add your voice in support of Pastor Youcef, check out these avenues: Christian Pastor Under Death Sentence in Iran: Act Now to Help (Vital Signs Blog); Tweet for Youcef (ACLJ);
Posted by DH at 4:17 AM