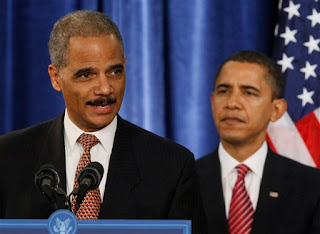 It's not often that a federal judge issues such a stinging rebuke to the government but when Kenneth L. Ryskamp threw the Obama administration's case against a peaceful pro-lifer out of court, the judge demonstrated shock and contempt for the illegal harassment waged by the Justice Department. Indeed, Ryskamp went so far as to suggest that the DOJ had engaged in active collusion with an abortion business in seeking not only to restrict a citizen's constitutionally-protected freedoms but to severely punish her for her religious convictions.

“The Court is at a loss as to why the Government chose to prosecute this particular case in the first place,” wrote Judge Ryskamp. “The Court can only wonder whether this action was the product of a concerted effort between the Government and PWC, which began well before the date of the incident at issue, to quell Ms. Pine’s activities rather than to vindicate the rights of those allegedly aggrieved by Ms. Pine’s conduct.”

Can you guess how Eric Holder responded? Did he apologize for his actions against Ms. Pine, the American people and the U.S. Constitution? Or, red-faced from embarrassment from the stern admonishment, did Holder merely go off to sulk in silence?

Instead, he stubbornly decided to double down on the outrage. Holder has actually submitted an appeal of the government's sloppy and ham-handed case to the District Court in Florida thereby continuing the DOJ's expensive persecution of this peaceful pro-life woman.

Good grief. These guys are beyond despicable.

Here's the latest report on the matter from Liberty Council Action.

And thanks to Ralph Aldrich for alerting me to it.
Posted by DH at 4:51 AM