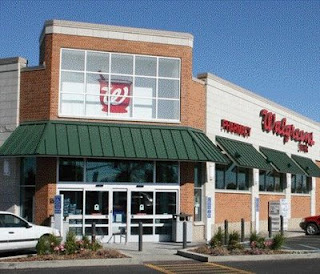 A friend who works in the medical field recently sent over an alert about Walgreens being in the sex toy business. It seems he was at the online page for Walgreens and had typed in "otoscopes for sale." Now I'm a humanities guy and had no idea what an otoscope was but he explained it's one of those devices a doctor or nurse uses to look in your ear. Anyhow, in response to his search, the Walgreens site did pop up with a page showing a couple different otoscopes -- but which first showed, at the top of the page,14 types of sexual lubricants, including at least one specifically described for use in an unnatural, dangerous sexual activity.

We have decided to forego shopping at Walgreens from now on. And, for that matter, we won't be shopping at CVS either. I checked their website too and, though it was not nearly as unnatural and offensive as Walgreen's, we really don't want our pharmacy to be a competitor of Lecherous Lenny's Lust Planet.

From now on, it's Baker's supermarket only for our prescriptions and sundry items.

I sent along a letter to both companies informing them of our decision. I urge you to do the same.