A Perspective on Homicide Rates 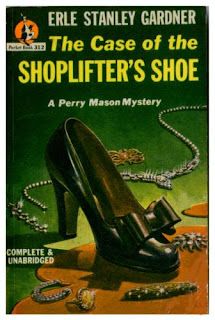 Last night, while reading Erle Stanley Gardner's 1938 The Case of the Shoplifter's Shoe, I was struck by Perry Mason's lament over the L.A. homicide rate of the time. And it got me wondering a bit about modern homicide rates in the City of Angels...and elsewhere.

Yes, there has been a dramatic decline in the homicide rate of Los Angeles since its peak during the gang wars of the late 1980s.

And yes, the city's current homicide rate is far below that of many other "major" American cities. The 2010 figures, for instance, stood at 7.6 murders per 100,000 residents. That's awfully ugly but it will surprise many to learn that's virtually the same murder rate as suffered by Phoenix, Tampa, Charlotte, Toeldo and Omaha.

The causes of this tragic state are many, of course.  They include the removal of God from education and the public square; the breakdown of the family; the wild escalation of drug use; the inevitable erosion of a sanctity of life ethic brought on by legalized abortion; the assault on traditional moral values from the media; and the utter failure of the justice system which coddles criminals and actually encourages greater lawlessness.

Perry Mason would be stunned...and saddened. And so should you and I.