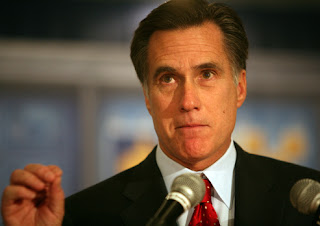 "Mitt Romney is trying to portray himself as a generic Republican, and I think a lot of Republicans regard him as a resident alien in the conservative movement, not as a full-fledged citizen.” (John J. Pitney Jr..)

"With the exception of Mr. McCain, no other front-runner has been so weak this deep in the race. Part of the problem is the number of people who voted for Mr. Romney four years ago but cannot bring themselves to do it again."

This Washington Times story ("Romney Shows Trouble Keeping Supporters from 2008") makes for scary reading -- unless you are a Republican who is hoping for a brokered convention.

And with the poor field that has "survived" the campaign process so far, there are more Republicans engaging in such hope every day.
Posted by DH at 9:39 AM