The Cuban Government Is Not to Blame -- Ever 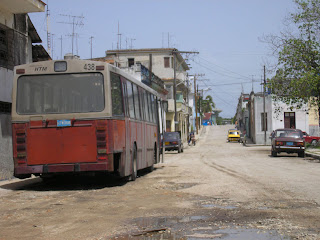 Those of you who have the e-mail addresses of Oliver Stone and Sean Penn might want to forward to them this little snapshot of life in the worker's paradise.

In the Havana neighborhood of El Cerro, an outbreak of Dengue Fever (a dreadful disease carried by the Aedes Aegipty mosquito which, of course, can also carry an even more sinister disease, Yellow Fever) is being blamed on the lack of preventative efforts by citizens.

Because in a Communist police state like Cuba, the government will never admit to any error, any inefficiency, any injustice -- no matter how egregious and obvious they may be.

Here, from a letter provided by Translating Cuba, is a more accurate picture of the problem.

If [bureaucrats] demand people do this and not some other thing, what’s the role of the government in keeping things clean, dealing with the leaks in the pipes and the sewers, the accumulation of public waste. And then sometimes sending the local delegate to get the community started on the so-called “piece-of-junk plan” (which is really the “do-it-yourself plan”), which sometimes takes months and in desolate places even years, in the meantime making it a great place for larvae hatcheries.

What happens is that the people see what’s going on, the filthiness of the streets, the abandonment of the city on the part of the government, which makes people give up on controlling the epidemic if, in the end, whatever they do is in vain because the most guilty, and the greatest hatchery creators are them, the leaders.
Posted by DH at 10:37 AM