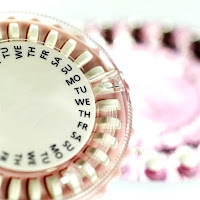 Greg Schleppenbach, our good friend who directs the pro-life activities of the Nebraska Catholic Conference, passes along this important item.

In my last update I urged you to contact your state senator in opposition to LB 540, a bill that would expand taxpayer funding (Medicaid) for birth control.  Thank you for all who responded to the action alert.  The bill was debated last week and although the bill did advance to the second round of debate, Sen. Tony Fulton succeeded in attaching an amendment to the bill which prohibits funding under this bill from going to "any entity that performs or promotes elective abortion services or with any entity that affiliates with any entity that performs or promotes elective abortion services."  This provision would ensure that Planned Parenthood and any other abortionist in Nebraska does not get funding under this bill.

The bill still has to go through two more votes and although Sen. Fulton's amendment addresses a big concern about the bill, the Nebraska Catholic Conference still opposes the bill and will continue to try to defeat it.  LB 540 and the Fulton amendment can be seen on the Legislature's website: LB 540.  My column on this bill can be seen here: Life Insights, How Not to Reduce Abortions.
Posted by DH at 7:10 AM